Window on the ATBC No.5

MESSAGE FROM THE CEO

The recent trade war between China and USA certainly created plenty of speculation and uncertainties globally and especially in the Asia Pacific region. Australia played a critical intellectual leadership role in the Comprehensive and Progress Trans-Pacific Partnership (CPTPP) and the Regional Comprehensive Economic Partnership (RCEP) negotiations. ATBC have always encouraged Australian government to support Taiwan’s entry into the CPTPP. As President Tsai of Taiwan said when she was interviewed by CNN recently: The China “that we are facing has become stronger by the day, as has its ambition. The threat from China is also growing. Under such circumstances, our greatest challenge is whether we can continue to maintain our independent existence and security, our prosperity from economic development, and our democracy. To Taiwan, this is the most important question at hand.” Nevertheless, Taiwan is now Australia’s 7th largest export market therefore it cannot be neglected. The work of ATBC remains strong and it’s important to maintain continuity and stability between Australia and Taiwan. Thus, your support and participation are much appreciated.

Chairman Toigo and I represented ATBC at the 2018 Bilateral Economic Consultations (BEC) on Tuesday 18th September 2018 and the ATBC submission has been distributed to the Australia and Taiwan governments prior the meeting. It’s available upon request. ATBC greatly appreciated contributions to the submission by our members: Brisbane Airport Corporation and Strategy61.

Mr Andrew Palmer, Head of Relationship Banking for Financial Institutions and Governments of ANZ Group hosted a lively lunch with good attendance by Taiwan bank representatives in Australia and other members of ATBC. We would like to express our gratitude to Mr Peter Chan, CEO of the ANZ Taiwan, for his great sponsorship of this luncheon.

32nd Joint Conference of ATBC and ROCABC at Shangri-La Far Eastern Plaza Hotel in Taipei — 30th to 31st August 2018 — “Islands of Opportunities: Prospects for Expanding Trade and Investment between Taiwan and Australia”

The Conference Welcome Dinner kicked off nicely on Thursday 30th August 2018 at the fabulous setting of the “Silks Palace” at the National Palace Museum in Taipei. The Conference was successfully held on Friday 31st August 2018 at the Far Eastern Shangri-la Taipei back-to-back with the 23rd JEMTIC. More than 200 government and business representatives from both sides attended. ATBC is grateful to the sponsors (the Australian Office, Baseball Australia and Co’Free), speakers and all participants that make the Conference possible. 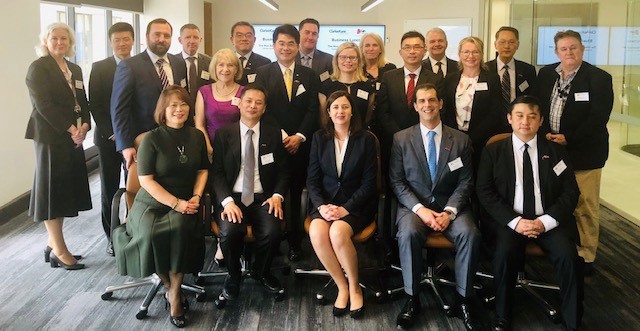 The lunch was well received by the QLD Premier and Minister for Trade and ATBC members. She now has a better understanding towards the great efforts that ATBC have been put into for the last over 30 years to enhance trade and investment relationship between Australia and Taiwan. ATBC would like to thank again for our Chairman Toigo and his firm ClarkeKann Lawyers to sponsor the lunch.

Chairman Toigo and I attended the Reception and it provided a unique opportunity to hear from the Premier and to network with the visiting Commissioners to discuss the latest opportunities and insights from Queensland’s significant markets. This included Mr Patrick Hafenstein, Trade and Investment Commissioner — Taiwan. 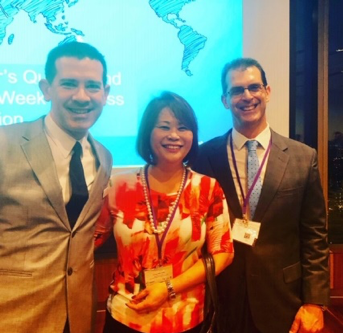 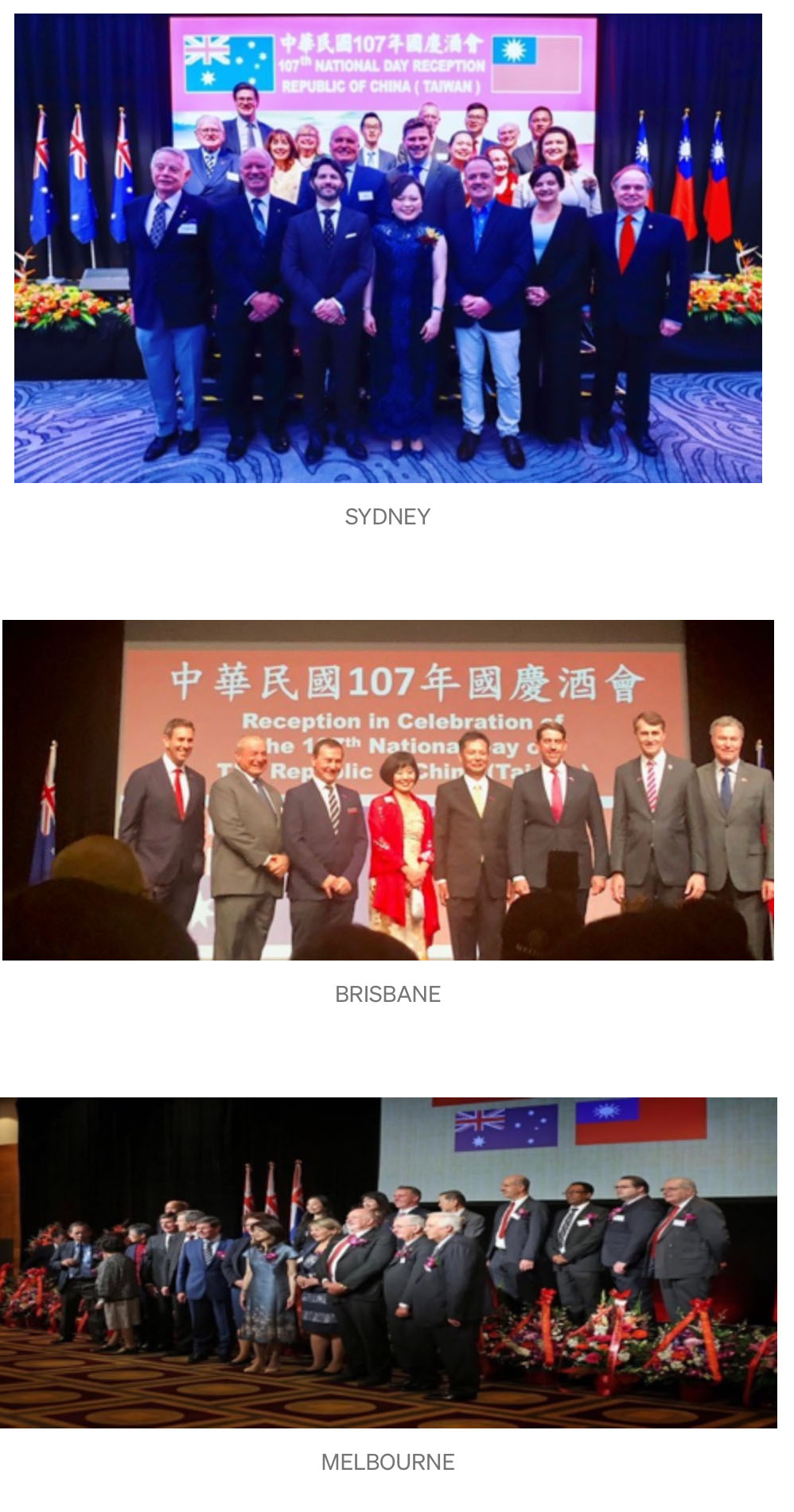 The Grand Opening of “Heaven and Earth in Chinese Art: Treasures from the National Palace Museum, Taipei at the Art Gallery of NSW — Saturday 2nd February 2019

I was very proud to attend the Grand Opening and it was a length negotiation! The late Chairman Emeritus Maddock OAM was a long-term supporter and other Board members of ATBC have also been very supportive of this exhibition. For the first time, this rare cultural exchange brought over 150 treasures from the National Palace Museum Taipei, Taiwan to the Southern Hemisphere. The Art Gallery of New South Wales is the exclusive venue for this unique exhibition which will end on 5th May 2019. It’s well worth a visit. 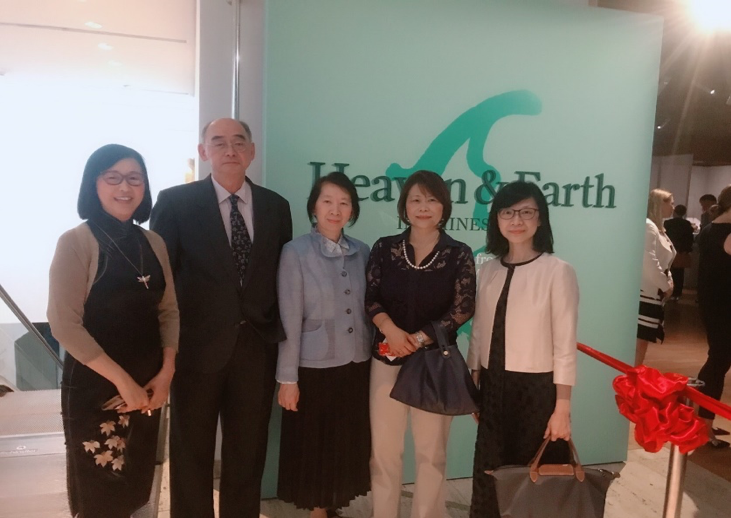 It was very sad and devastating that we lost one of the long-time advocates and a contributor to relations between Australia and Taiwan on 14th December 2018. “A Loving Remembrance” Service for the late Ross Maddock OAM and Chairman Emeritus of ATBC was held on Thursday 20th December 2018 in Sydney. Chairman Toigo represented ATBC at the Service amongst other dignitaries of more than 250 people from various places to pay tribute to this valuable, highly respected person with rare intellect, a lively and amusing one of a kind gentleman.

Ms Elly Lawson, Assistant Secretary, Department of Foreign Affairs stated: “His dedication to the Australia-Taiwan relationship and to the ATBC over more than 30 years went well beyond the confines of a job or a career. It was a calling.

As Taiwan marched towards growth and then democracy, and as the Australian economy opened up, Ross saw synergies of values and economics opening. He made it a mission to promote Australia-Taiwan relations, before there was much appreciation of the opportunities across the business and policy communities. He assisted countless businesses to build the economic partnership…. His efforts have led to significant advances in the Australia-Taiwan trade and economic relationship. Without Ross’ efforts I doubt we would have the $15 billion two-way trade relationship we have today.”

Mr Elliot Charng, the Representative of Taipei Economic and Cultural Office in Australia stated: “The character of the life Ross lived might be summed up in a few words: he was sincere, he was earnest, he was loyal, he was industrious, he was self-sacrificing.”

We can hear the aches from everywhere — “Thank you, Chairman Maddock, for establishing a foundation strong enough that we can pass on the great work you have done. Your spirit and unselfish devotion will always be with us as your legacy lives on.” May you have a well-earned rest in peace. You will be missed!!! 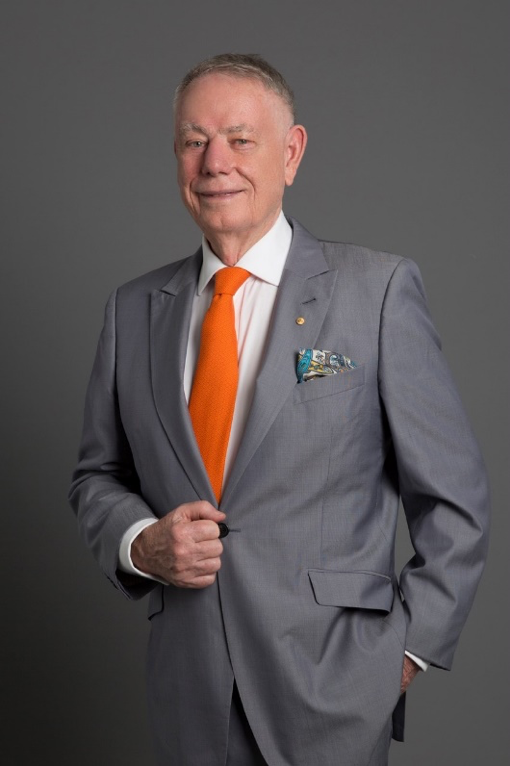 The Maddock family were overwhelmed and grateful for all the condolences and flowers and huge attendance at the Memorial Service. They would like to take this opportunity to give sincerest wishes and thanks to everyone.

1. “Taiwan Night” — Ms Constance H Wang, Director General of Taipei Economic and Cultural Office in Sydney has kindly extended the invitation, limited to the ATBC members only, for an evening of private viewing, exhibition-inspired canapés, drinks and live music — in conjunction with the Heaven and Earth in Chinese Art: Treasures exhibition from the National Palace Museum Taipei at the Art Gallery of NSW on Thursday 4th April 2019 at 5:15pm.

2. 33 rd Joint Conference of ATBC and ROCABC — ATBC will host this conference in Australia around late August/early September 2019. 24th JEMTIC will run back-to-back with the 33rd Joint conference this year again. The venue and time to be confirmed by early April 2019. Stay tuned!

3. 2019 ATBC Annual General Meeting and Luncheon — It will be held around late July 2019, with time and venue to be notified shortly.

4. The Cocktail Networking Event — It will be held early June or early November 2019, with time and venue to be notified soon.